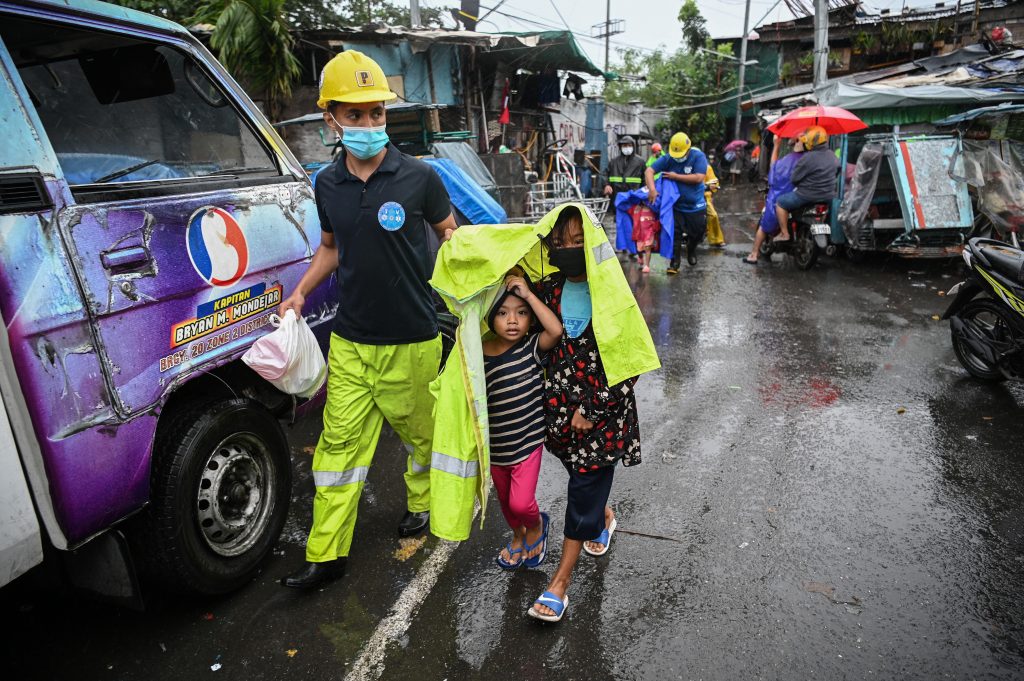 At least ten people have been killed as a result of Typhoon Goni after it made landfall in the Philippines on Sunday, 1st of November.

Initial reports reveal four deaths, including that of a five-year old child, were due to strong currents from an overflowing dike.

The typhoon also triggered deadly landslides and power cuts, which have disrupted telecommunication services and are hampering efforts to assess children in need.

Hundreds of thousands of families have fled their homes in search of safety and shelter and desperately need your help.

Children are at Risk

Of the 2.3 million people living in the most affected areas, around 724,000 are children.

Right now, children are at risk from further landslides, mudflows and flooding.

COVID-19 has already caused children, and their families, to suffer from fear, a lack of resources and restriction of movement.

Now they must live in crowded evacuation centres without access to food, water and basic sanitation supplies.

Help Children in the Philippines Today

Please donate now and help save a child’s life today!

You can help us reach more children affected by the conflict. Please donate today and help us protect children in the Philippines.