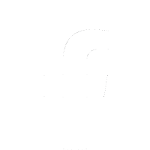 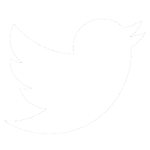 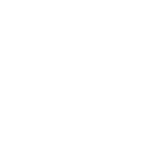 Building the Future: Children and the Sustainable Development Goals in Rich Countries is the first report to assess the status of children in 41 high-income countries in relation to the Sustainable Development Goals (SDGs) identified as most important for child well-being. The SDGs were launched in 2016. It ranks countries based on their performance against the SDGs, and details the challenges and opportunities that advanced economies face in achieving global commitments to children.

UNICEF Ireland Chief Executive Peter Power said: “UNICEF’s latest Report Card serves as a wake-up call for Ireland. Despite economic recovery and the idea that the consequent rising tide will benefit everyone, it is clear children are experiencing real and substantial inequality and we risk leaving them behind. Services are inadequate in several areas and policy change is badly needed.”

The report also shows a worrying rise in self-reported adolescent mental health issues, indicating that teenagers themselves have concerns about their mental health; 22.6 per cent of children aged 11-15 report experiencing two or more psychological symptoms more than once a week.

Other significant findings for Ireland:

Across the wider region, 1 in 5 children in high-income countries lives in relative income poverty and an average of 1 in 8 faces food insecurity, rising to 1 in 5 in the UK.

For some indicators – income inequality, adolescent self-reported mental health and obesity – the trends suggest cause for concern in the majority of rich countries. In 2 out of 3 countries studied, the poorest households with children are now further behind the average than they were in 2008. The rate of obesity among 11–15-year-olds and the rate of adolescents reporting two or more mental health problems a week is increasing in the majority of countries.

Although many countries have seen broad progress, there are wide gaps between them. National income levels fail to explain all of the differences: for example, Slovenia is far ahead of wealthier countries on many indicators, while the United States ranks 37 of 41 in the summary league table.

Based on the results, UNICEF calls for high-income countries to take action in five key areas:

Building the Future is the 14th Report Card produced by the UNICEF Office of Research, Innocenti. The report focuses on 10 SDGs considered most relevant to child well-being and uses comparable data sources on 25 indicators specifically selected to assess the status of children in high-income contexts. A composite league table summarises 41 EU and OECD countries’ performance.

UNICEF is the United Nations’ organisation for children. UNICEF fights for children’s rights and promotes the well-being of every child, in everything we do. We work in 190 countries taking practical action to help all children, focusing special effort on reaching the most vulnerable children. UNICEF has been in operation for 70 years. Follow us on Twitter, Facebook or Youtube

About the UNICEF Office of Research – Innocenti

The Office of Research – Innocenti is UNICEF’s dedicated research centre. It undertakes research on emerging or current issues to inform the strategic directions, policies and programmes of UNICEF and its partners, shape global debates on child rights and development, and inform the global research and policy agenda for all children, particularly the most vulnerable.

[i] Report Card measures child well-being across 41 wealthy EU/OECD nations, however, not all countries were included in every ranking because of insufficient data. On suicide, data from 37 of 41 countries was compared.