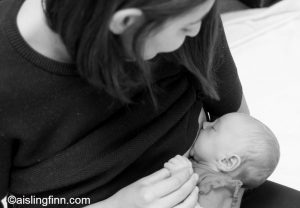 DUBLIN/NEW YORK , 1 August 2019 – The benefits of breastfeeding for children and mothers are widespread. It supports healthy brain development in babies and young children, it protects infants against infection, decreases the risk of obesity and disease, reduces healthcare costs and protects nursing mothers against ovarian cancer and breast cancer. Yet, policies that support breastfeeding – such as paid parental leave and breastfeeding breaks – are not yet available to most mothers worldwide.

“The health, social and economic benefits of breastfeeding – for mother and child – are well-established and accepted throughout the world. Yet, nearly 60 per cent of the world’s infants are missing out on the recommended six months of exclusive breastfeeding,” said UNICEF Executive Director Henrietta Fore.

Executive Director Fore explains: “In spite of the benefits of breastfeeding, workplaces worldwide are denying mothers much needed support. We need far greater investment in paid parental leave and breastfeeding support across all workplaces to increase breastfeeding rates globally.”

Too few countries provide paid parental leave[4]: The International Labour Organization (ILO) Maternity Protection Convention 2000 (no. 183) standards include at least 14 weeks of paid maternity leave, and countries are recommended to provide at least 18 weeks, as well as workplace support for breastfeeding families. Despite this, only 12 per cent of countries worldwide provide adequate paid maternity leave.

Not enough babies breastfed in the first hour[7]: In 2018, less than half of babies worldwide – 43 per cent – were breastfed within the first hour of life. Immediate skin-to skin contact and starting breastfeeding early keeps a baby warm, builds his or her immune system, promotes bonding, boosts a mother’s milk supply and increases the chances that she will be able to continue exclusive breastfeeding.

Breastmilk is more than just food for babies – it is also a potent medicine for disease prevention that is tailored to the needs of each child. The ‘first milk’ – or colostrum – is rich in antibodies to protect babies from disease and death.

The investment case [8]: If optimal breastfeeding is achieved, there would be an estimated reduction in global healthcare costs of USD 300 billion.

You can read more about Ireland’s rates here, which are sadly amongst the lowest in the world.

UNICEF works in some of the world’s toughest places, to reach the world’s most disadvantaged children. Across 190 countries and territories, we work for everychild, everywhere, to build a better world for everyone. For more information about UNICEF and its work for children, visit www.unicef.org