Nearly one in three children living outside their country of birth is a refugee. These children were forced to flee their homes in fear for their lives. All they want is to go home, to be with their families, to feel safe.

Right now, the ten countries hosting the largest numbers of refugees around the world are all in Asia and Africa. Turkey currently hosts more refugees than any other country by-far.

Help children fleeing for their lives

Children are fleeing violence and persecution. Even as these children are displaced, even as they face barriers because of where they were born, UNICEF stands with them. UNICEF is working to help these children get the help they need, not just right now, but for their future too.

As the refugee crisis continues children are the most vulnerable. Many are travelling with their families, while others are making the journey alone. Every one of them is in need of protection.

Risk of Trafficking and Exploitation

The refugee crisis is leaving women and children are at risk of trafficking, abuse and exploitation. In countries of transit and destination children and their families are vulnerable to discrimination, poverty and social marginalisation.

UNICEF is helping these children along with children in more than 190 countries around the world.

A child is not a just a refugee or a migrant, they are a child first. 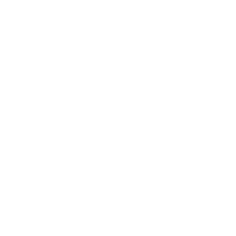