Comhghairdeas to the brilliant people of Galway! 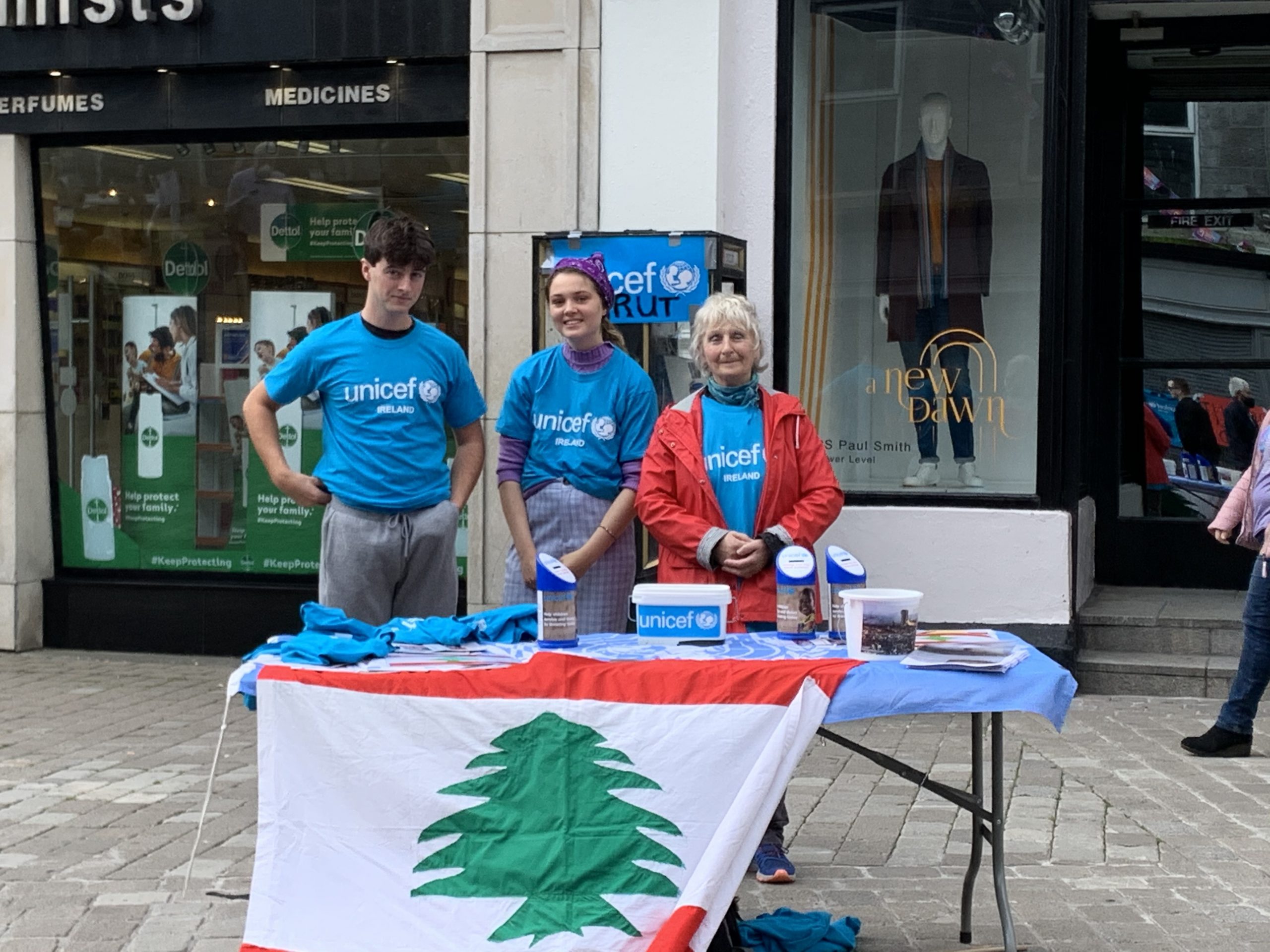 On Saturday, September 19th, 13 very motivated volunteers from Galway raised funds and awareness on Shop Street for the situation in Lebanon, after the terrible explosions that have ripped through Beirut on August 4th, 2020. They woke up early and set up a stand in Shop Street where they interacted with the public (respecting the safety precautions enacted by the government). The event was very well received and many people stopped by the stand.

The fundraiser was a joint action between UNICEF Ireland and the Adyan Foundation, based in Beirut. The Adyan Foundation delivered toys for children and supported school rehabilitation in the aftermath of the explosions.

The funds collected with go towards providing life-saving support and supplies to the children who have been caught up in the explosion.

A huge thank you to our fantastic volunteers for the great work done!

Pictured above: Tomás Kimball, Liz Hunt and Geraldine McDermot in Galway, raising funds for families caught up in crisis during Beirut’s August blast.

If you are also interested in hosting or participating in a local fundraiser, please contact our office by email on info@unicef.ie or by calling our office at + 353 1 878 3000.