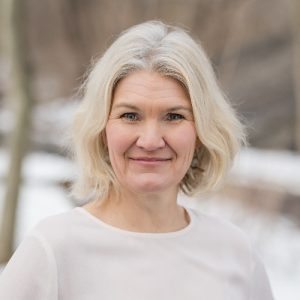 Recently UNICEF and the World Health Organisation released new data that showed 20 million children worldwide, or more than 1 in 10, missed out on lifesaving vaccines for measles, diphtheria and tetanus in 2018. This continues an alarming global trend of stagnating – and in some cases declining – vaccination coverage rates, which has also seen measles cases surge in 98 countries over the last year.

Vaccines work. Vaccination is the most effective preventive health measure we have in the world today. Vaccines are safe and effective and prevent millions of deaths every year.

Together with partners, UNICEF supports countries to strengthen their public health systems with the aim of vaccinating all children with routine immunisation and enabling health systems to conduct emergency campaigns and better train and equip health workers. In 2017 alone, UNICEF procured 2.4 billion doses of vaccine, reaching nearly half the world’s children.

However, forty years on, society seems to have forgotten that in the past millions of people died from vaccine preventable diseases. Because of the incredible power of vaccines, we don’t see the diseases they prevent anymore and we have almost forgotten the devastating impacts they can have on children and adults. 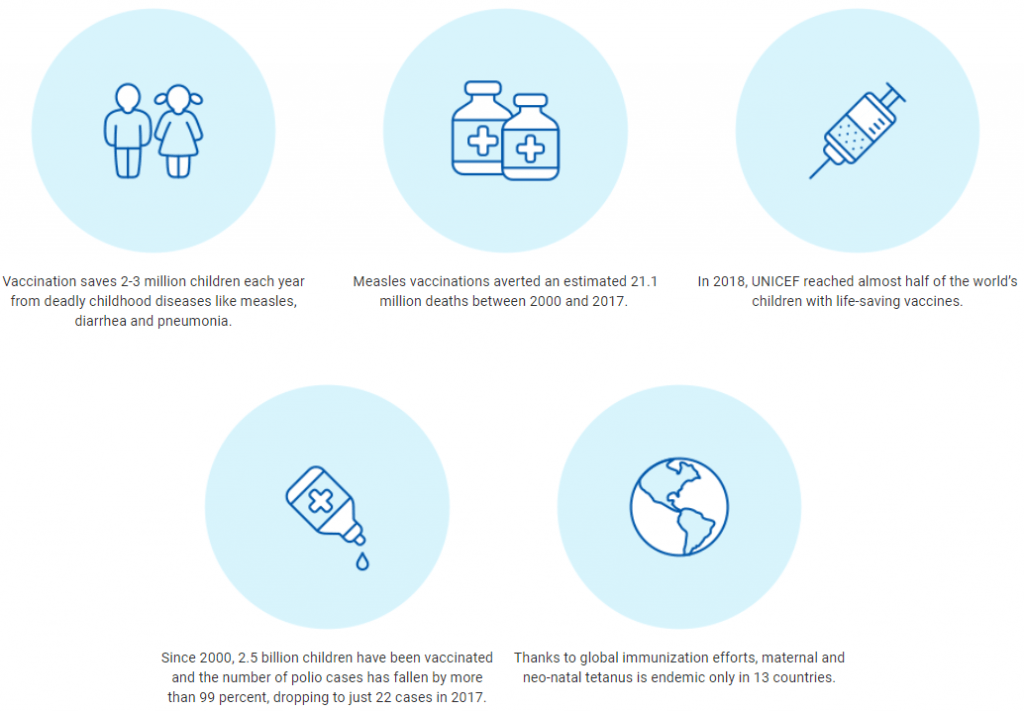 Despite the huge success of vaccinations, the global vaccination coverage rate for measles, for example, has stalled at around 86% for the past 10 years. Since measles is highly infectious, it is necessary to reach 95% of all children with two doses of the vaccine to prevent outbreaks.

Whether it is due to access, complacency or, in some places hesitancy, we have to do more and exhaust every effort to make sure every child is fully immunised.

In Ireland coverage of the first dose of the combined measles, mumps and rubella vaccine has been around 92% for the past ten years. Coverage of the second dose, which is administered to children at 4-5 years, is not being reported in Ireland.  The occurrence of measles cases in the past few years indicated that coverage of the 2nd dose is relatively low. We need to do more to push both of these rates above 95% in order to protect children in Ireland from what we must remember can be a deadly disease.

The problem is a global one. Around the world, 20 million children – more than 1 in 10 – missed out on lifesaving vaccines, such as measles, diphtheria and tetanus in 2018. This is far too high.

2018 is the first year where we have data available on the coverage of human papillomavirus (HPV) vaccine, which protects girls against cervical cancer later in life. As of 2018, 90 countries – home to 1 in 3 girls worldwide – had introduced the HPV vaccine. However, only a few of these are low income countries – a situation that must change. In Ireland, the HSE has offered the HPV vaccine since 2010 and it will be introduced for all first year students, including boys, from September 2019.

While most children today are being vaccinated, far too many are left behind.

In high income countries, we see vaccination rates above 90%, which is high, but not quite high enough. The success we’ve seen there is based on strong public health systems.

Most unvaccinated children live in the poorest countries and are disproportionately found in fragile or conflict-affected states where health services are under huge pressure.

It is unacceptable that it is those most at risk, the poorest, the most marginalised, those touched by conflict or forced from their homes, who are persistently missed.

We have to do more to support fragile health services around the world, while continuing to highlight the safety and effectiveness of vaccinations.

Keeping the pressure up

In vaccination, you can never relax. You have to keep going at it and sustain the rates at high levels.

In roughly the first 15 years of this century, measles vaccination prevented an estimated 21.1 million deaths. That’s an astounding amount of children and shows the power of vaccinations.

Together with governments, communities and parents, we all need to do everything we can to protect every child.