One in five children under five in parts of Yemen estimated to be acutely malnourished and in urgent need of treatment as malnutrition cases increase, UN agencies warn.

DUBLIN/ADEN, 27 October 2020 – Acute malnutrition rates among children under five are the highest ever recorded in parts of Yemen, with more than half a million cases in southern districts, according to the latest Integrated Food Security Phase Classification (IPC) Acute Malnutrition analysis released today by the Food and Agriculture Organization of the United Nations (FAO), the United Nations Children’s Fund (UNICEF), the World Food Programme (WFP) and partners.

At least a quarter of a million pregnant or breastfeeding women are also in need of treatment for malnutrition. UN experts warn the actual number is likely higher as the drivers of malnutrition in Yemen have worsened in 2020.

Yemen has long battled with some of the highest malnutrition rates in the world. Until now, humanitarian interventions to treat and prevent malnutrition, as well as provide emergency food assistance, have prevented an even more severe deterioration. But in 2020, these hard-won gains are being lost. Escalating conflict and economic decline, plus the overwhelming impact of the COVID-19 pandemic, has pushed an already exhausted population to the brink. Add to this, many aid projects including emergency food assistance and WASH services have been disrupted by funding shortfalls. Malnutrition treatment programmes are also at risk if additional funds are not received soon.

These factors come on top of drivers that have historically made Yemen one of the hardest places to be a child or mother: insufficient and poor-quality diet; high prevalence of communicable diseases; elevated levels of food insecurity, limited access to nutrition and health services, poor sanitation and hygiene; and inability of many children to access to important vaccines, like measles and polio.

Data for the remaining districts in northern Yemen are still being analysed. The situation in these areas is expected to be equally concerning based on historical trends. 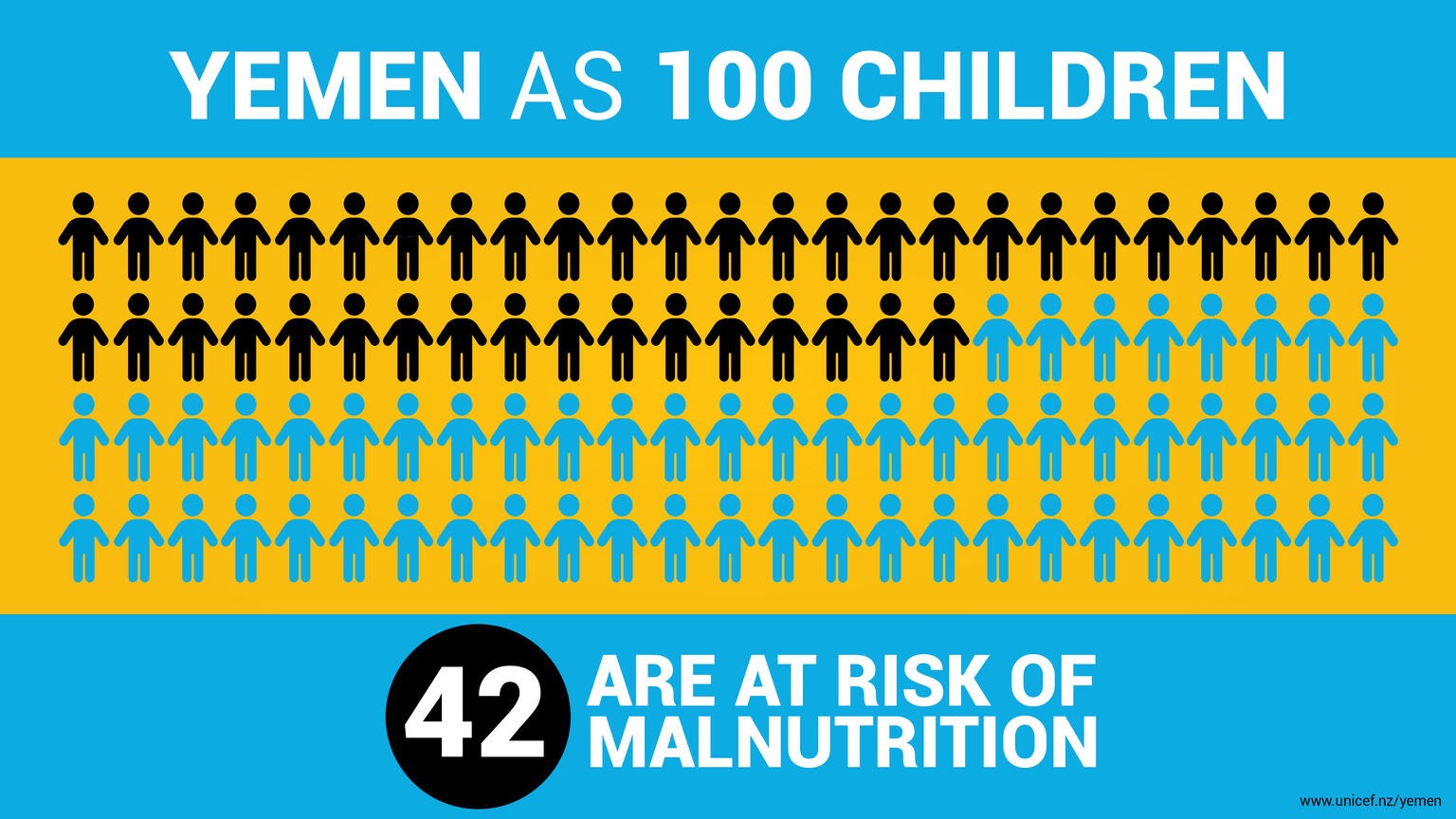 “We’ve been warning since July that Yemen is on the brink of a catastrophic food security crisis. If the war doesn’t end now, we are nearing an irreversible situation and risk losing an entire generation of Yemen’s young children,” said Ms. Lise Grande, the Humanitarian Coordinator for Yemen. “The data we are releasing today confirms that acute malnutrition among children is hitting the highest levels we have seen since the war started.”

“For the past two years, we’ve been able to roll-back the worst famine in a generation. We’ve done this by providing massive amounts of humanitarian assistance and working with authorities to stabilise the economic factors driving the crisis,” said Ms. Grande. “It’s heart-breaking that when people need us the most, we can’t do what’s necessary because we don’t have funding.”

Malnutrition can be treated

“The lives of thousands of children and women are at stake. Acute malnutrition can be treated and prevented with a package of key services but for that we need urgent action and support. A great sense of urgency should prevail in making the necessary financial resources available and ensuring access to children and women in dire need of assistance”, said Philippe Duamelle, UNICEF Yemen Representative.

“The worsening nutrition situation flagged in this latest analysis highlights the urgent need to ensure that every Yemeni girl, boy, woman and man has access to a healthy and diverse diet now and in the future,” said Dr Hussein Gadain, FAO Representative in Yemen. “This means building, restoring and sustaining food systems in Yemen by immediately expanding efforts to protect people’s livelihoods and enabling them to produce, sell and consume diverse and nutritious foods even during times of extreme crisis.”

“The vicious cycle of conflict and hunger in Yemen is exacting a terrible toll on those who are already the most vulnerable. Rising rates of acute malnutrition put too many women and children at risk while the consequences will be felt by Yemen for generations to come. We can stop this devastating trend. The time to act is now,” said Laurent Bukera, WFP Country Director in Yemen.

To save lives and avert a further worsening of the situation, the United Nations and partners need more than USD 50 million to urgently scale up nutrition programmes, including treatment for children suffering from severe acute malnutrition. At the same time, funding is also needed to scale-up food, water, sanitation and health programmes including immunisation.

Yemen remains the world’s worst humanitarian crisis. Nearly 80 per cent of the population – over 24 million people – require some form of humanitarian assistance and protection. By mid-October, only US$1.43 billion of the US$3.2 billion needed in 2020 has been received.

Across more than 190 countries and territories, we work for every child, everywhere, to build a better world for everyone.