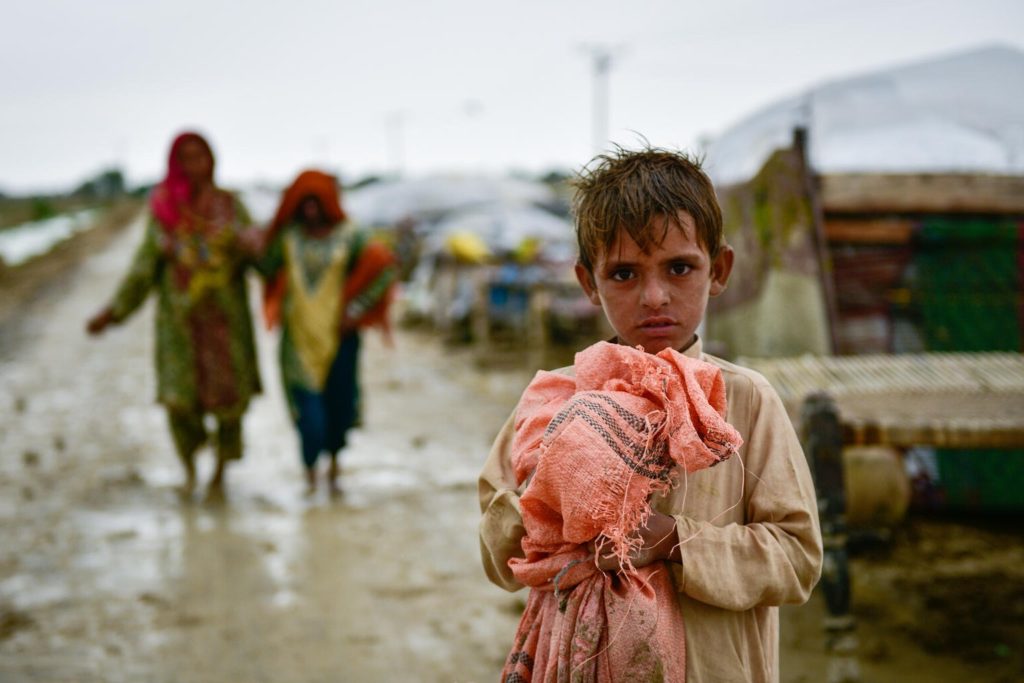 Pakistan’s monsoon season has broken a century long record and dumped more than five times the 30-year average for rainfall on southern provinces of Pakistan.

This has led to large scale flash floods across three out of the country’s four provinces.

The floods have critically affected 6.4 million people, including 3.4 million children.

The floods have left over 1000 people dead, and the death toll is rising…

How You Can Help

UNICEF has field offices in all three affected provinces. UNICEF is drawing on lifesaving stockpiles of supplies to provide urgent and lifesaving support.

We must protect children from water-borne diseases like cholera and dirty drinking water. Increases in diarrhea and decreased access to food pose a life-threatening danger to children.

You can help us reach more children affected by the conflict and natural disasters. Please donate today and help us protect children in emergencies.

In the unlikely event that the funds raised exceed UNICEF’s funding requirements for this appeal, your donation will be directed to where the need is greatest.