Rugby’s Donncha O’Callaghan has been reflecting on his trips to the Middle East on the run-up to the 10th Anniversary of war in Syria.

The Corkman has met with children displaced by the conflict across several countries, memorably travelling to Lebanon and Jordan in 2013 and 2015. He says it is the experiences he had while travelling with UNICEF that made him truly proud to be Irish.

Now, he has spoken to The Irish Sun about the experiences he had in the region, remembering meeting young people, who changed his life. 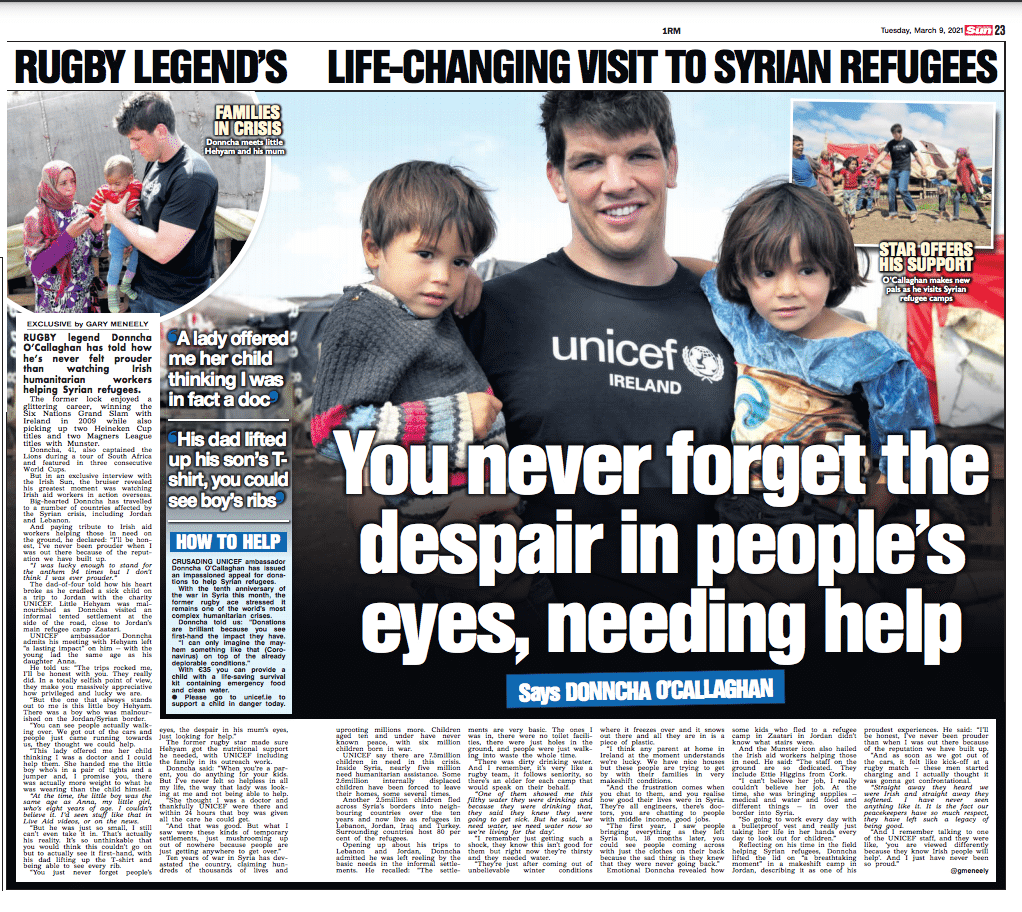 Read more of the article on The Irish Sun

The war in Syria is the longest in recent history. It has left 7.5 million children in need.

Every Syrian child has been impacted by death, injury, displacement, loss of everything they knew and held dear – including learning.

Atrocities continue, though the eyes of the World are no longer focused on Syria. In January of 2021 alone, 15 children were killed in atrocities. 15 more were injured.

UNICEF works to address nutrition, health, water, sanitation and hygiene, protection and education needs of children caught up in this crisis.

Before, during and after – that is UNICEF’s mantra, and it is nowhere truer than in Syria where an incredible group of colleagues continue the work in spite of the enormous challenges they face.

Give to the children of Syria here