#KidsTakeOver of the Taoiseach’s office

It is 30 years since UN Member States signed the Convention on the Rights of the Child (UNCRC) on November 20.

As part of our #WorldChildrensDay celebrations, we helped Donegal teenager Charles to stage a #KidsTakeOver of the Taoiseach’s office.

The 18-year-old wanted to talk to An Taoiseach, Leo Varadkar about young people’s issues including mental health, education, the climate crisis and the urban/rural divide. 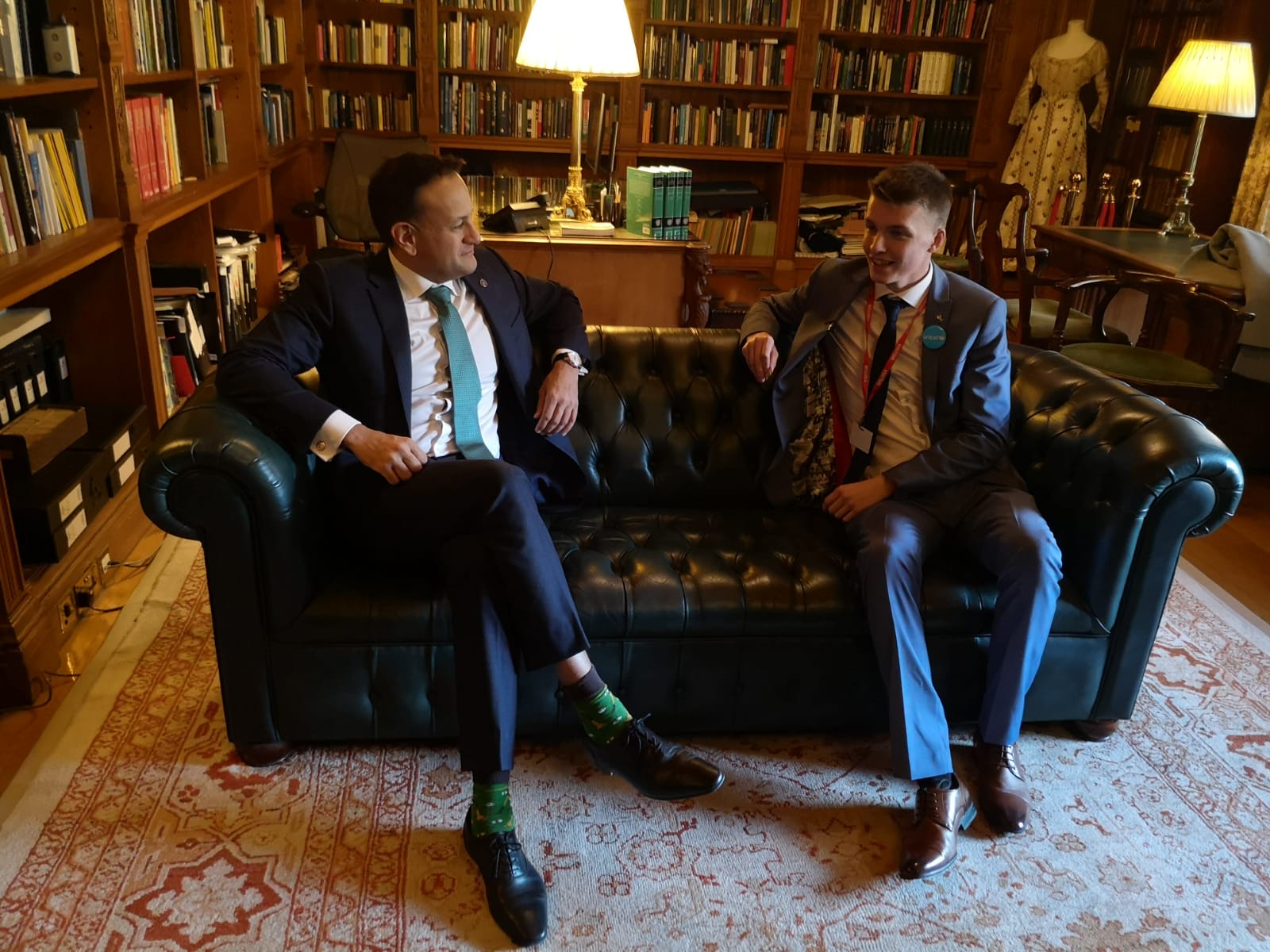 He described the day as: “A dream come true”.

UNICEF’s #KidsTakeOver initiative fulfils the child’s right to be heard, as enshrined in Article 12 of the UNCRC.

An Taoiseach Leo Varadkar has supported this initiative for three years running.

For this year’s World Children’s Day celebration, United Nations Member States have been invited to align to a Global Pledge promising to renew their commitment to the Convention on the Rights of the Child and implement child rights fit for the 21st century – Ireland was one of the first nations to sign.

Other initiatives taking place here in support of child rights this year, include the World’s Largest Lesson. Minister for Education Joe McHugh joined students in Donegal, and all over the world, in participating in the lesson this September. As part of that lesson, young people learn about their rights and the Sustainable Development Goals.

UNICEF is hosting celebrations of this landmark treaty all over the world.

In New York, UNICEF Goodwill Ambassadors David Beckham and Millie Bobby Brown will headline a global summit at the United Nations Headquarters in New York where they will join children and young people in demanding action to protect and promote child rights. Children will participate in similar summits in more than 50 countries, from Armenia to Jordan and from Ethiopia to Indonesia.

Elsewhere, children will be actively participating in parliaments including at the European Parliament in Brussels, Cabo Verde, Comoros, India, Jamaica, Kyrgyzstan, Madagascar, Malaysia and Turkey.

Meanwhile, in dozens of countries landmarks, such as the Acropolis of Athens in Greece, Petra in Jordan, the Panama Canal and the Al Noor Mosque in Christchurch, New Zealand,  will turn blue in support of children’s rights.

For more on UNICEF’s World Children’s Day celebrations, go to this page.